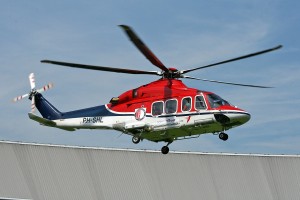 The other day my six-year-old son William proved he’s a real chip of the old block, by spontaneously coming up with a flash fiction piece. May I proudly present (spell-checked by me but otherwise all his own work), The Super Tummy:

Once upon a time, there was a super tummy. It could fly and scare things off. It was like the Tardis. People went in it to save their lives so it was good and it made many people happy.

He did it for years and years, and one day the King went in him and he was happy. They had fun together and a dalek came but the tummy saved them and they lived happily ever after.

Kind of surreal, right? I reckon there’s some deep metaphysical meaning in this piece, though superficially it might read like an especially deranged example of Doctor Who fan fiction.

But then, a couple of days later, he got together in with his ten-year-old brother George and produced the following collaboration, The Weird Helicopter. From this piece I learnt three things: first, George has been learning about adjectives and adverbs at school and encouraged to include as many as possible; second, William’s creative influence remains evident (he loves helicopters); and third, George was still mad at me after an earlier conversation (see if you can guess what that was about):

There once was a light helicopter that liked buzzing around rapidly. Then he would lovingly play with his friends (Ben, Leon & Sophie). However, one day when he was flying through the interesting forest to meet his wonderful friends, his annoying dad stopped him and he did his homework.

So my kids are writers! Well apart from my twelve-year-old daughter, who’s convinced that everything I do is embarrassing. Still, two out of three’s not bad.

2 thoughts on “Tummies, helicopters, and why I’m a proud dad”