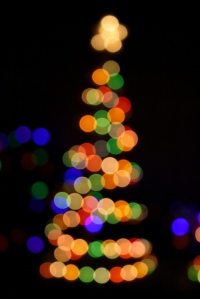 I’m a sucker for Christmas, although you may not necessarily guess that from reading this story. Read or download here: All I want for Christmas by Christopher Peter

By making the borderline-certifiable decision to become a self-published author, I have embraced the joy of writing, of creative freedom, and the satisfaction of seeing the product of hundreds of hours of hard work actually on sale. But I have also taken on the sole responsibility for marketing and selling my work. Which isn’t exactly easy when your books are like microscopically tiny needles in a planet-sized and rapidly-expanding haystack of self- and conventionally-published books.

And while I’d like to be content to remain at number 11,467,232 on the Amazon sales ranking (OK, I may have made that number up, but it’s too depressing to check what it actually is), I do continue to cling to the deluded fantasy of one day actually making a living from writing. Which, however you look at it, means shifting some books, preferably sometimes in return for actual money.

So how do I sell enough books to make my dream come true? How to find a market beyond my immediate family and friends? In fact, how on earth do I even get my books noticed?

Of course there are lots of conventional answers. Hone your craft, become the best writer you can (completely agree). Don’t publish until you think it’s really good enough (ditto). Try to make your cover not look like it was thrown together by a colour-blind Photoshop novice who thinks Comic Sans is cutting edge typography. Try to get unbiased reviews which are hopefully broadly positive yet don’t look like they’ve been written by your mother. Blogging, your own website, social media … hmm.

Putting aside the fact that I’m currently writing a blog on my own website, I do have an issue with the whole social-media-as-a-marketing-strategy thing. For one thing, I can barely find enough hours in the day to write – which as all writers know is absurdly time-consuming – on top of my full-time day job, family commitments and other extraneous stuff like food and sleep. I’ve got a sneaking suspicion that most of those authors with zillions of Twitter followers or Facebook friends got most of them because they were already successful, either as a writer or (frequently) something completely different. Now I’m sure there are other very good reasons to do social media beyond its sales-boosting potential. But, frankly, given the choice of how to ration my strictly limited time, I’d rather be writing my next book.

All this preamble is really just to set the scene, and perhaps provide a smidgen of justification, for the insanity that follows. You see (confession time): sometimes, late at night, my brain befuddled after hours of hacking away at the eighth draft of something or other, I allow myself to fantasize that maybe, just maybe, there’s another way. That there’s some amazing, quick, fail-safe, brilliantly successful way to promote my book that, miraculously, no-one else has ever thought of. That the very next day, when I get up, I’m going to make it happen. Whereas actually, that very next day – and sometimes much sooner – is when I realise that the reason why nobody else has ever tried to promote their book that way is because it’s dumb, bizarre, suicidal, ludicrous and/or borderline illegal.

So, in the interests of full disclosure, and to cleanse my guilty soul, here are the five worst book marketing ideas I’ve ever had. I have actually entertained these ideas, with varying degrees of seriousness, for upwards of several minutes. Which amply demonstrates what a deeply strange and disturbing place my mind can be.

So here they are, in all their, erm, glory, along with the glaringly obvious reasons why they would never work. (Aside from the common factor of complete impracticability.)

The front cover of my first book, Falling Girl, features a ghostly white hand. (Which actually belongs to my eleven-year-old daughter – though she’s made me faithfully promise never to reveal that embarrassing secret … oh, whoops.) So obviously I thought – why not get / hire / buy / borrow one of those flood-lights that often light up famous and / or historic buildings at night, create an overhead projector transparency of that white hand and – hey presto, a giant ghostly white hand is projected on the side of – well, the Tower of London, Big Ben, etc. etc.

… and then, just to ramp up the sheer ludicrousness of the plan, what about arranging for it to happen on New Years’ Eve, the state opening of parliament, or any other event where TV cameras are present? And then everyone asks what that giant white hand means, social media is a-buzz, and I sell truck-loads of books.

I’m sure everyone has had this idea, right? Print of loads of cards bearing mysterious ghostly white hand motif (see above). Attached to dozens / hundreds / eight (depending on budget*) helium-filled balloons. Release. Eventually they all come down. And then everyone asks what all those mysterious white hand cards mean, social media is a-buzz, and I sell truck-loads of books.

(It even occurred to me that a west-north-west wind would be ideal, so as to carry the balloons from Oxfordshire down across London. Result: the spent balloons would rain down on grateful and intrigued publishing industry movers-and-shakers. Probably.)

(* Probably eight, let’s face it. Looked up the equipment on Amazon. It’s expensive.)

Bookmarks are boring, right? Wrong! While browsing through the shelves of hyper-selling paperbacks in a major store one day, brooding on the massive unlikelihood of my books ever rubbing shoulders with such exalted company, I hit upon a brilliant wheeze. I’d print out some high-quality bookmarks on my inexpensive inkjet printer, featuring my book. Then I’d slip them on the shelves while no-one’s looking. Result: while leafing through The Hunger Games or The Hobbit, unsuspecting punters would stumble upon free advertising for my book – and obviously, inevitably order them from Amazon in their thousands.

A sinister, distorted space invader image adorns the front cover of BASIC Boy. I do think it (and possibly the title too) would look quite good on a tee-shirt. It’s easy to get your own designs produced relatively inexpensively. What if I produced some and gave them away or sold them very cheaply? (I’m looking to make money from books, not clothes.) All those people walking down the street, mobile adverts for my book. It could even become a cool brand it its own right.

Pretty self-explanatory, this one. I send free copies of BASIC Boy – which has a 1980s theme – to various pop stars of that era, especially those mentioned in the book. I ask them to send me a picture of them holding my book. Possibly I offer to make a donation to their chosen charity in return. I put the images on the above-named website. Pretty soon it’s the latest thing. Famous musicians, the young and trendy as well as the grizzled veterans of yesteryear, practically fall over themselves to take part. Harry Styles from One Direction literally begs me for a copy. My daughter finally admits I’m totally cool and not embarrassing after all. Social media is a-buzz, my books sell by the truck-load, etc. etc., you get the picture.

Given that celebrities are not generally known to be especially fond of self-publicising nutcases asking them for favours, we can comfortably conjecture any or all of the following:

So there you have it. Feel free to mock – I probably deserve it. Though as I said, I wasn’t quite crazy enough to actually do any of the above*. But would you be tempted to pull any of these stunts? Have you done anything similar? Did it work? Did you sell a ton more books? Or is your next title a scintillating expose of jail conditions – from the inside?

Oh well … back to the social media I suppose. Now where did I put those balloons …

(* OK … I did hide half a dozen bookmarks on the shelves of Asda Walmart in Milton Keynes. What happened? Not much …)

You can read or download this short story here: The Quarry by Christopher Peter

The Quarry is an example of something I’ve never tackled before: ‘flash fiction’. This is basically a very short story, usually defined as having an upper limit somewhere between 300 and 1,000 words. Now personally I’m in awe of anyone who can write a proper story – with a beginning, middle and end – using fewer than 500 words or so. (As opposed to a piece of descriptive prose that doesn’t really go anywhere.) I struggled a bit to keep The Quarry to a shade under 1,000 words, even though I set out to make it short.

But flash fiction is an interesting genre, and makes for a good writing exercise. Your prose really has to be as tight and economical as possible. Words cannot be wasted. Adjectives and adverbs must be used sparingly or not at all. You essentially have to use only the words you really need to tell the story, and no more. And yet you want it to live and breathe, to read like a story and not a train timetable.

Anyway, I hope you like The Quarry. As usual, any comments – good, bad or indifferent – are very welcome.