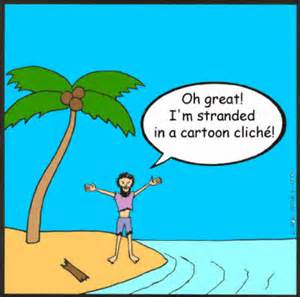 Writers are often warned against the use of clichés. In fact their prohibition has become so widespread that it’s become – well, a bit of a cliché. My own recent stab at ‘rules’ of writing, in fact, had this at number 9. But what do we really mean by this?

What is a cliché, and why is it usually thought of as a ‘bad thing’ in creative writing? Here’s a definition – a cliché is:

… a trite, stereotyped expression; a sentence or phrase, usually expressing a popular or common thought or idea, that has lost originality, ingenuity, and impact by long overuse,

We can all think of obvious examples. One that springs to my mind is probably the first time someone else pointed it out in my own writing – in an early draft of Falling Girl, I wrote that a startled character looked like ‘… a rabbit caught in headlights …’ That’s a commonly used expression – though sometimes it’s a deer instead of a rabbit, but the exact species doesn’t make much difference. (Mind you, if you substituted ‘elephant’ that might be enough to de-cliché it – except it probably wouldn’t make much sense either …)

Going back to the definition above, the real problem is that ‘… lost originality, ingenuity, and impact …’. We surely want our writing to read as fresh, alive and vibrant. It needs to have impact, not lose it. We want to speak with a distinctive voice, something that stands out. Clichés tend to work against that by making our words sound, instead, like someone else’s. Something that’s been written so many times before, and become stale through sheer repetition.

For example, how about this sparkling prose?: 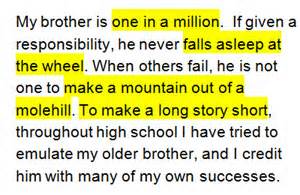 But (and with rules, there’s often a ‘but’) … I don’t think clichés are always necessarily fatal to good writing. I present as Exhibit A my recent post on ‘Striking Sentences’, where I shared a passage in a book I was reading:

An air vent in the tiny window is held together by masking tape and on the still are some dried flowers in a wobbly clay pot and a wooden cat. A health-and-safety-notice clings to the wall for dear life.

I really liked that passage. I found myself re-reading it several times. To me, it was a fresh, vibrant piece of writing with a dash of humour. It had impact, on me at least. And yet, as my fellow writer and blogger Christine Plouvier pointed out, that phrase ‘clings … for dear life’ is really … a cliché! Oh dear.

But she went on to say (and Christine, I hope you don’t mind me quoting you here but I can’t really put it any better):

Whether or not something is a cliché is in the eye of the beholder … they’re called clichés because they “click” – and that expression “clicked” with you, because it communicated well. Idiomatic expressions distil the essence of language. That’s what makes them beautiful. There’s been too much negative labelling applied to parts of speech and other components of our language’s lexicon. There are no “bad” clichés; like the occasional profanity or ungrammatical construction, they have their place … As you said: right, appropriate and judicious are the keys.

So there we have it. For me, the above passage was not damaged beyond hope by the cliché lurking within in. Perhaps it didn’t help … maybe the author could have used different wording. But it still sounded somehow right in that context. It fit. The passage still struck me as being, basically, good writing.

So there you go. There are exceptions. However, I do still believe that clichés are to be avoided whenever possible, simply because doing so will improve your writing more often than not. Find them, and look for a different, fresher way of saying the same thing. It might take several revisions to weed out all the little blighters. Reading your work out loud will probably help. So will getting someone else to read it – it’s amazing what they will spot that you haven’t. That, of course, applies to a lot more than clichés.

One more point – you can usually get away with using more clichés in dialogue. People often do use them in speech, after all; and it could even be used to define character. If you want to paint someone, for example, as being boring, conventional or unimaginative, you could have them speaking in clichés a lot. That style of speech would be a good way of ‘showing’ rather than ‘telling’ the reader something about them.

So there you go. At the end of the day, clichés can be a real bone of contention; but, if you handle them with kid gloves, you could really strike gold. (See what I did there?)