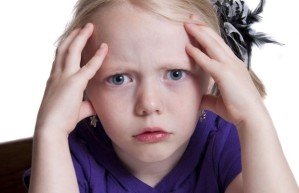 As a writer of children’s books, I’m always concerned about whether my prose is pitched at about the right level for its intended readership. You know: are any of the words too long, sentence construction too complex, cultural references above their heads, subject matter too ‘adult’?

This is compounded by the fact that reading ability varies so much. Well it does for adults too, of course, but when your target audience is as narrow as 8-12-year-olds or thereabouts then you don’t have to be especially off-target to miss it. If the bull’s-eye is an averagely competent ten-year-old reader, then your book may be beyond a struggling eight-year-old (at least without adult help), yet also not testing enough for a high-flying near-teen. (Then again, advanced seven-year-olds and some young teens might still be within range.)

For this reason (as for so many others) the sharp eyes of beta-readers and editors are invaluable. Then again, I’m a firm believer that kids shouldn’t be patronised, and that there’s also scope to stretch them a little. Indeed, surely that’s part of the value of reading. If they never come across new words, for instance, how will their vocabulary grow?

An example: an editor of Danny Chaucer’s Flying Saucer picked up on the word ‘sumptuous’, used to describe an especially spectacular starry sky beheld by Danny one night. Would your younger readers know what that means, they wondered?  Might a simpler word be used in its place?

I should emphasise that I did take that editor’s advice probably 90% of the time; and even when I didn’t, I always thought carefully before rejecting it. I’m certainly not suggesting they were wrong to ask the question. They wouldn’t be doing their job if they didn’t. But ultimately, the author themselves has to make the decision. The editor’s opinions are always to be respected (you’d be wasting both their time and yours if you didn’t) but they are never the last word.

In the end, sumptuous stayed. I love that word. It’s so, well … sumptuous. An extravagant, opulent, overflowing kind of word; but crucially, for me it was the very best one for the job in that particular sentence.  Another place, another time, I might have agreed with the editor and changed it.

Of course, as I said above, it’s a matter of balance. Too many new, long or challenging words might discourage the young reader. The prose should be accessible; and after all it’s there to tell the story, not get in the way, jump up and down and shout, ‘look at me, aren’t I clever!’. Too many pauses to consult the dictionary are bound to obstruct the reading experience and prevent the child’s full immersion in the adventure.

It’s a similar thing with sentences. I tend to keep them short and simple more often than not. But the odd longer, more complex sentence is no bad thing, and the variety should serve to make the text more interesting – and, yes, challenging. In that sense, it’s little different from adult fiction.

If the young reader gains in knowledge and ability through your book, that’s a wonderful thing. I’d love to think that some kid, somewhere, might one day say, ‘Dad, thanks, that dinner was sumptuous!‘, just because they read Danny Chaucer’s Flying Saucer.

Do you ever come across a sentence in a book that you find yourself going back and re-reading several times? Because it strikes you in some way as being special – it might be beautifully constructed, amusing, inventive, or just exactly the right sentence for just that place? That happened to me today as I was ready Broadchurch by Erin Kelly. Kelly is already one of my favourite authors – she’s just so good. Below is the sentence that struck me, underlined; I’ve also included the previous one for context.

An air vent in the tiny window is held together by masking tape and on the still are some dried flowers in a wobbly clay pot and a wooden cat. A health-and-safety-notice clings to the wall for dear life.

Why did I like the underlined sentence so much? I think there were three reasons. Firstly, it’s a creative, different way of saying something otherwise banal like ‘there’s a notice on the wall’. Second, there’s a dash of playful, ironic humour in the concept of a health-and-safety notice apparently being afraid and in some kind of danger. And third, it just fits so well. The passage is written in the perspective of a hot-shot city reporter walking into a small-town newspaper office, and she’s casting her sardonic eye across the rather down-at-heel surroundings. It’s the kind of observation such a person might make in that situation.

Perhaps I’m making too much of one little sentence; and probably many others people would find it unremarkable. Just a little thing. But it struck me and I wanted to explore why.

Do you find yourself doing this sometimes, reading and re-reading a phrase, sentence or passage and thinking, ‘wow, now that’s writing.’? 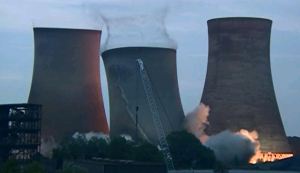 Reading and watching the news recently, with all the dark and deranged things going on (Gaza, Ukraine, Boko Haram, etc. etc.), it got me thinking not only about those things but about the various reactions to them. In the UK, as I guess everywhere, there’s been a fierce debate about the situation in Gaza and Israel’s role in it. And there’s been a lot of anger expressed, and many remarkably fixed and certain views about who’s doing what wrong and what they should really be doing instead.

I say ‘remarkably’ because, personally, I think the Palestine-Israel problem is a hugely complex, difficult and entrenched one that many more informed and well-placed people than me have proved sadly unable to untangle and resolve. Which makes it like an awful lot of other problems in the world. And yet people seem indecently, enthusiastically quick to take sides and to paint a black-and-white picture of victims and villains. Sometimes that bias is open and acknowledged, and sometimes less so, but more often than not it’s there in so much of what’s being written and said about Gaza and elsewhere.

And often that bias is shown in something as subtle as the writer’s choice of words. Take these examples.

A particular point of view is reported by the media. If you agree with that point of view, it’s a viewpoint, a perspective or an explanation. A response. Perhaps it’s even just telling it how it is. But if you disagree, then it’s propaganda. And that propaganda is peddled by a lobby.

If an individual, group or country continues with a controversial course of action in the face of strong opposition, and you approve of it, you might say they are being principled, resolute or robust. Perhaps courageous. If you don’t agree, you’re more likely to say they are being dogmatic, doctrinaire or divisive. Possibly even callous.

Whereas if that party changes its approach following criticism, and you agree with that, then you would probably describe them as responsive, humane or flexible. They’re listening. But then, hang on, they might be weak, indecisive, inconsistent or bending with the wind. Quite possibly unreliable or unprincipled. Oh dear.

And anyone putting over a different point of view might kindly be called thoughtful, open-minded or impartial. Or then again, less kindly, branded an apologist, a dupe or a useful idiot. The might even be a denier, which is almost always bad, whereas a contrarian is generally better.

Writers should be aware of the power of words; and I’ve no doubt many of the above examples are used in full knowledge of their impact and subtext, deployed deliberately to support a particular point of view. Other times they are used less artfully, an unconscious choice that may reveal more about their user’s beliefs and pre-conceptions that they imagine.

No wonder words should be used with care.