Last time I wrote of my new-found enthusiasm for Twitter and many of the things I’ve come to appreciate about it. But every silver lining has a cloud, and so …

That’s enough rumination on Twitter for now. But I’m also using it to research a future book – more on that later. In the meantime, I’m on Twitter here.

Do you use Twitter? What for? Does the good outweigh the bad for you, or the other way around? 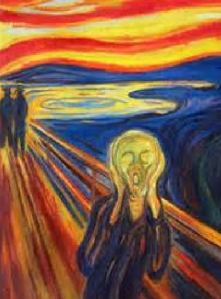 I’ve taken a break from this blog for a few weeks. This wasn’t exactly planned; it just happened, and there were two main reasons.

First, the usual: life and other stuff. Work, family. Summer. Writing: I completed the second draft of the next book in the Danny Chaucer’s Flying Saucer series, and then got it critiqued. Then there was marketing activity and obtaining reviews for DCFS.

However the second reason is more specific, and new: Twitter. Yes, after many years of resisting the allure of the tweet, I’ve finally succumbed. For a long time Twitter seemed to me the very embodiment of superficiality. I mean, how much of any substance or nuance can be said in 140 characters or less? I thought its main function was to enable celebrities and politicians to make asses of themselves more quickly and efficiently than ever before.

But finally, in my classic late-adopter style, i.e. somewhat later than the rest of the planet, I signed up. And much to my surprise, after a slow start, I’ve kind of got into the spirit of it. This is what I like about Twitter:

But of course with the smooth comes the rough. Next time I’ll ruminate on some of the things I’m less enthusiastic about. In the meantime if you’d like to check me out on Twitter, click here.

Do you use Twitter? What for? How do you feel about it? Are you an old hand or a recent convert like me?