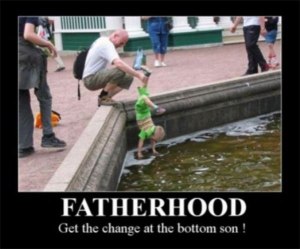 In celebration of Fathers’ Day, here is a link to some inspirational quotes. Well, some are inspirational and others are just funny. As the father of a thirteen-year-old daughter, I was especially amused by Mark Twain’s wise words (#3).

Fatherhood can be so underrated, and it’s true that some men fail to take this awesome responsibility as seriously as they should. But it’s always meant a great deal to me, as a dad myself. I love being a writer, but being the best possible parent is much more important.

This has been reflected in some of my writing, with fatherhood an important theme in my first two books, Falling Girl and BASIC Boy. Both stories featured the character Robert Black, a man who often struggled to be a good parent but came through in the end despite his imperfections. I think there’s quite a lot of Robert Black in me. 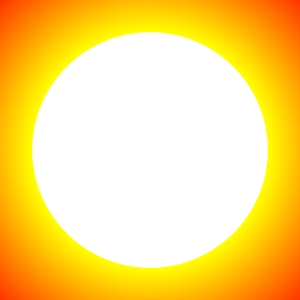 OK it’s got nothing to do with writing, but I saw this article today and found it quite amusing. The weather in the UK has been amazingly warm recently and I can identify with many of the things mentioned. Brits aren’t very good in hot weather – just not used to it. Sleeping at night is a particular issue.

And of course summer can be a big distraction from writing – and quite rightly so, really. Who wants to be hunched up in front of a keyboard, in a dim curtained room, while the sun blazes invitingly outside? Well … sometimes that sounds pretty good actually – beats getting sunburnt – but I do love summer and it’s good to get out and about. Heaven knows, it’s cold and wet enough of the time in the UK, we’ve got to make the most of fine weather.

But I have been getting some writing done too, here and there, and the project I’m working on is something of a departure for me – more on that soon. In the meantime – enjoy the summer* everyone.

A bit of movie trivia for you: last weekend I bought a pair of shorts at J. C. Penney, and they were on sale price. I now refer to them as my Airplane shorts. Why?

(Well, one reason is that I clearly have a rather weird sense of humour, but apart from that I mean.)

This is my first post for a month, I’ve just realised. This was going to be a serious, deep ‘n’ meaningful opinion piece about Amazon, specifically in light of their current dispute with Hachette. I still intend to write that, but I’ve been putting it off because I’ve struggled to find the time. Hence the short shorts thing.

There is another angle to this though. If you’ve been paying attention, and you know a bit about me, you might be thinking, ‘hang on, this guy lives in the UK, so what was he doing in J. C. Penney?’. Which is a good question. The reason is that I work in a UK office of a US-based company, and my day job recently took me to the HQ in New York. (Actually, New Jersey, but only just over the Hudson from Manhattan, and New York sounds better – sorry, NJ’ers.) Hence I found myself in Penney’s in a Jersey City mall one Saturday afternoon.

All of which made me reflect on the fact that, in common with hordes of part-time writers, I long to write full-time and hence can tend to regard my day job as a necessary evil at best and a damned pain in the proverbial at worst .. and yet that day job has compensations. Like the occasional week in NJ/NY, including a Sunday in Manhattan, which on this occasion I spent at the fabulous Metropolitan Museum of Art, one of my favourite places on earth. Plus my job is actually quite interesting – and has become a little more so recently – and I do work with some seriously nice people too. So the lesson is – I should count my blessings.

I’d still rather be writing though …

Two stressed housemates, a pile of post-it notes and a cat called Howard. It can only end in tears …

For a few years I lived in shared houses. It was a mostly positive experience, sometimes fun, and I made some great friendships along the way. But, inevitably, there were times when the housemates fell out. Occasionally this happened in spectacular fashion – I can remember a couple of full-blown shouting matches – but more often there developed a kind of passive-aggressive war of attrition between people that, due to differing timetables and work shifts, might not actually encounter each other in person for days on end even though they lived under the same roof.

In one house, this involved said housemates writing notes to each other. Superficially a method of passing on information and (mostly) polite requests, there was an unmistakable subtext of seething resentment between the lines of these bland little missives. That was my inspiration for this story, A Polite Reminder, which is written in the form of an exchange of lists, the content of which rapidly escalate from icy politeness to … well, read and find out. Hope you enjoy it.

When I spent a year as an exchange student at the University of Illinois, (ahem) years ago, I took a British History class. (To be honest, I saw it as a route to some easy credit.) One of the recommended texts was an American-published book about Winston Churchill. Whenever we saw this book, the small group of Brits in the class tended to snigger quietly to themselves, while our fellow students looked on with some bemusement. We tried to explain why we found it so funny, but I don’t think they all understood. 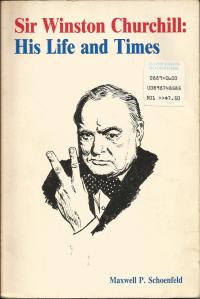 If you’re British you’ll understand instantly what’s wrong with this picture. If you’re American, you may not. (Not sure about Australians – I’m not an expert in antipodean hand gestures – maybe someone could enlighten me?) If you don’t understand, here’s the thing: in the UK at least, the two-fingered ‘V for Victory’ salute, so beloved of dear Winston, absolutely has to be done palm-forward. If you give the ‘salute’ as shown on this cover, showing the back of the fingers, it means something rather different. I mean, completely different.

Actually, I’m not completely sure exactly what it does mean. But it sure ain’t ‘victory’. It’s more like the one-fingered salute, which is pretty much equally insulting on both sides of the Atlantic and probably in many other places across the globe too. In short, it’s not nice, and old Winny would never have dreamt of doing it. (Certainly not in public anyway. I’m guessing he may have deployed it against Hitler though, had they ever met.)

Of course this book was published in the US, where the mistake would have been entirely innocent and which probably 99% of the book’s readers would have seen nothing wrong with. Until a British student stumbled across it, that is.

I like to think of how this cover may have come about. Just imagine …

Designer:        Hey, I’ve got this stock photo of Winston Churchill. Can I just sketch from this?

Some heavyweight theses have no doubt been written on the whole subject of hand gestures and how they vary between cultures, and how something totally innocuous in one country could lead to a major street brawl in another.

I’ve still got this book, one of the few I’ve kept from my student days. Not for the content of course, but for the cover which still makes me giggle like a smutty teenager whenever I see it.

One final thing: this book is still available on Amazon, though it doesn’t look like a new edition has been published since the 1980s – but there’s no cover image. I wonder why …

After my diatribe about Morrissey a few days ago, I thought something a bit less serious was called for this time.

Recently I entered a competition to write a story with a maximum of 1,000 characters. Yes, that’s characters – it worked out at just under 200 words. The flashiest of flash fiction basically. I struggled to crow-bar my story into such a tight space and had to perform major surgery on it to do so. The theme incidentally was ‘happily ever after’, and I probably wasn’t the only person to immediately think of a fairy story.

So here is the original, extended version of And they both lived … – still pretty short but I hope you like it: